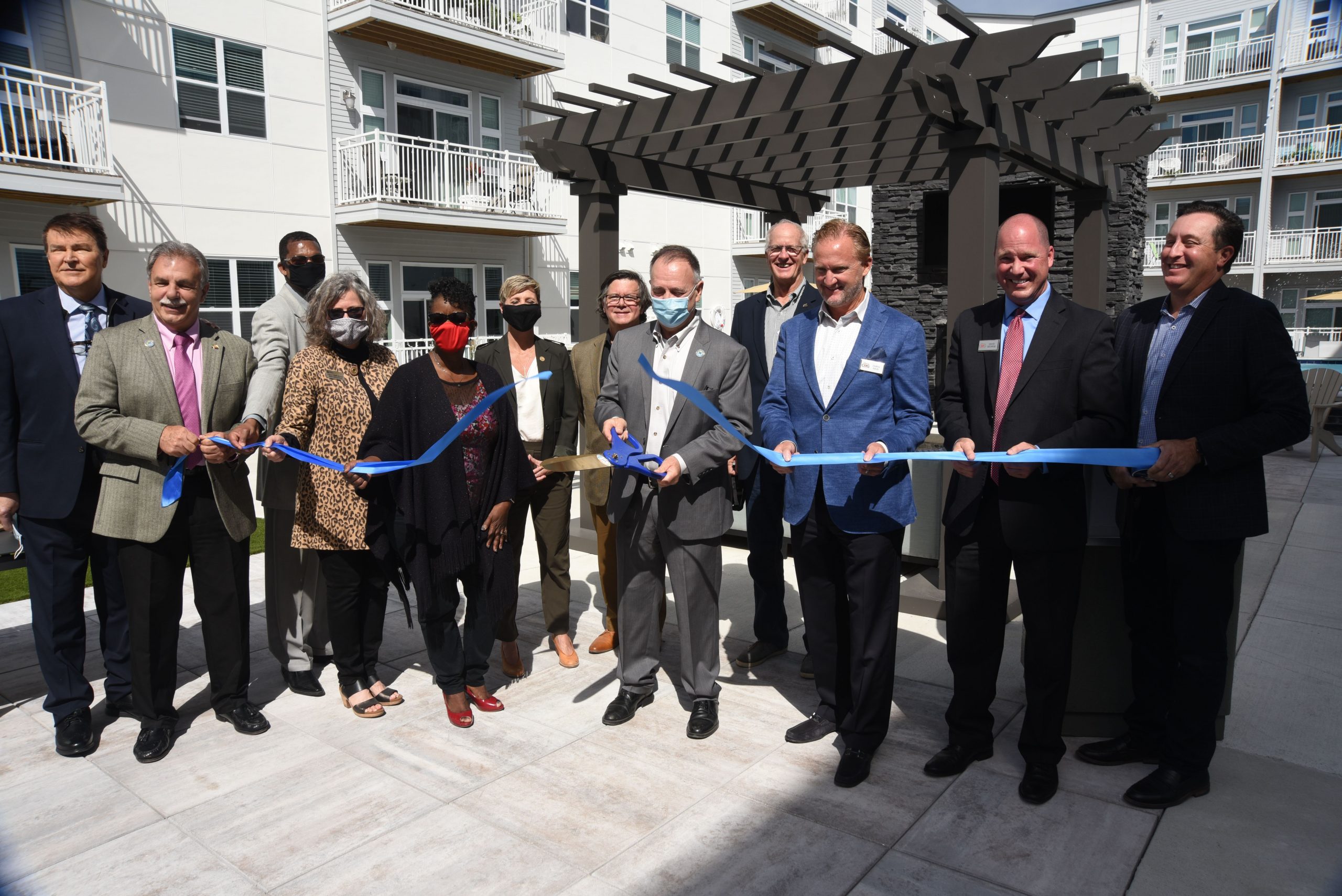 The grand opening of Academy on Fourth in Newport, KY was held on September 30, 2020. CRG President Chris Reid and VP of Development David George began working on the project with the city of Newport in 2015, choosing the site to build a lasting home for the residents of the city.

Academy on Fourth was named for the historic school that used to sit on the corner of 4th Street. To preserve the memory of the former academy, pieces of the stone wall that used to border the street were used to build the fireplace centerpiece for the courtyard. At the ribbon-cutting ceremony, Newport Historic Preservation Officer Scott Clark described the significance of incorporating materials from the school into the new community and presented CRG Residential with pieces of the original blackboards, which will be displayed in CRG’s office in Carmel, IN.

In addition to the blackboards repurposed into deli boards, Newport Mayor Jerry Peluso presented a key to the city. CRG will continue to work with the city to rehabilitate the former Southgate Street School across the street from Academy on Fourth, which will now be the Newport History Museum.

The apartment community is home to 202 residential units, 3,000 SF of retail space, and a 206-space underground parking garage. Amenities include a fitness center, electronic parcel delivery system, and a central courtyard with a resort-style pool.

This is the second apartment community fully developed and owned by CRG Residential.

Back to All News